On February 2, the Société d’Études Ornithologiques de La Réunion carried out a school intervention in the field with 20 final year students of the Bac Pro Management of Natural Environments and Wildlife from the Agricultural High School of Saint-Paul. The opportunity for a few students to observe a very rare scene…

School intervention in the field © SEOR

The 20 students in the final year of Bac Pro GMNF at the Saint-Paul Agricultural School joined 2 SEOR employees in the village of Dos d´Ane, one of the gateways to the National Park. Jean-François and Damien, two employees of the SEOR, then presented the association to the students and explained the threats weighing on the Tuit-tuit, notably by addressing the subject of Invasive Alien Species (IAS).

After presenting them the objectives and the first progress of the LIFE BIODIV’OM project, they then guided the whole group on a path in order to go out into the field and hope to cross the road to Tuit-tuit.

During the trip, the students were able to learn about the devices (rat control stations, cat cages, automatic detection cameras, etc.) set up to control predators such as rats or cats. Unfortunately, as often at this time of year, rain began to appear around midday, which made it difficult for officers to spot birds.

Only a few students were able to see a couple of Tuit-tuit moving with their 2 chicks, a rare scene to observe! The others will have to come back for a chance to meet the most endangered sparrow on the island! 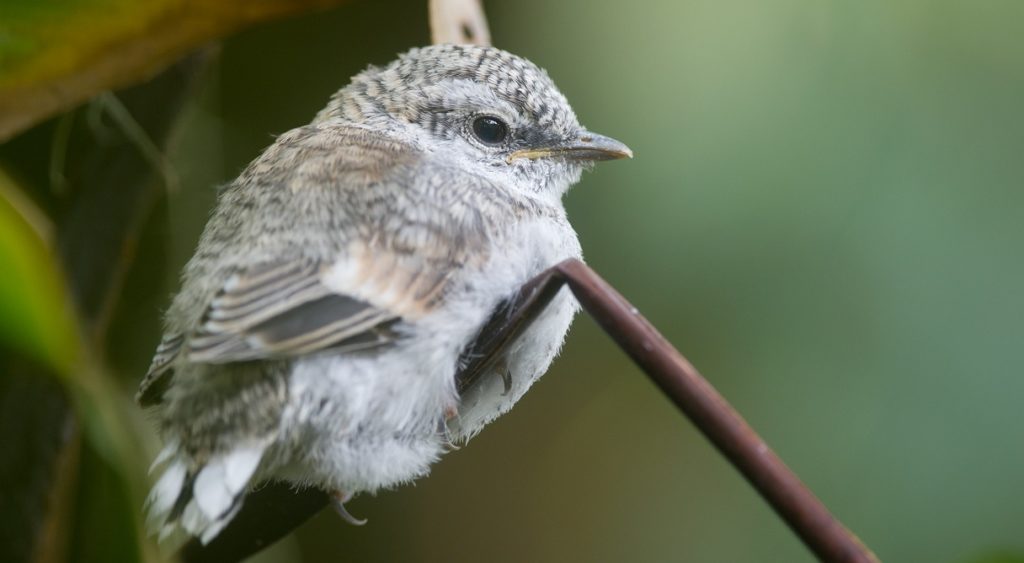 The implementation of interventions in schools is part of a vast awareness program aimed at involving local populations and local decision-makers in the protection of endangered species. Thus, in each territory, 6 school interventions in class and on site must be carried out every year.