IUCN Congress: a week of discussions in the service of overseas biodiversity

From September 7 to 11, 2021, the LPO and its official representative from Mayotte, GEPOMAY, jointly held a stand at the Nature Generation Areas during the IUCN Congress in Marseille. Together, the actors presented numerous animations, videos and educational activities with the aim of raising awareness among the general public and schools about the protection of endangered biodiversity overseas. 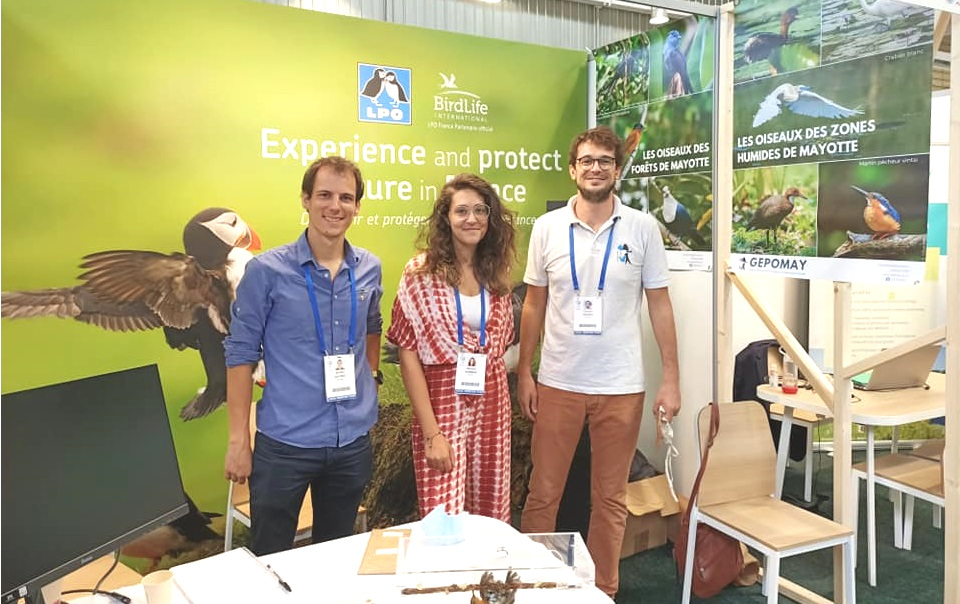 During this week, the LPO and the GEPOMAY presented animations both jointly but also distinct.

On this stand, the LPO notably highlighted the protection actions put in place within the framework of the LIFE BIODIV’OM project through an educational activity aimed at identifying the overseas territories on a planisphere, to understand the concepts of endemic species and threatened in these territories as well as certain major threats such as the presence of invasive alien species. 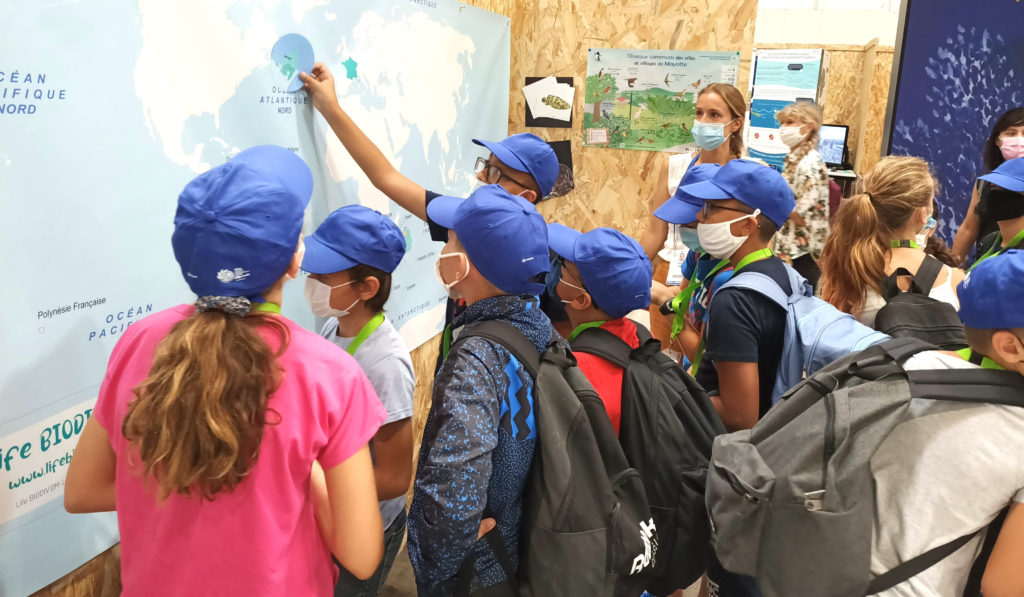 Animation of the LPO on overseas biodiversity – GEPOMAY

In total, more than 200 people took part in this event.

The LIFE BIODIV’OM presentation video was broadcast continuously on the LPO / GEPOMAY stand.

An animation video, produced by the SEOR, official representative of the LPO in Reunion, as part of a TEMEUM project and financed by the OFB, was presented to the general public on two occasions in order to alert the general public on the impact of light pollution on petrels in Reunion Island and on the actions to be taken in order to imitate this impact. Discussions and exchanges followed these presentations.

In total, about sixty people viewed these two videos.

Jointly, the LPO and GEPOMAY also carried out a digital workshop in front of more than 1000 schoolchildren by videoconference. 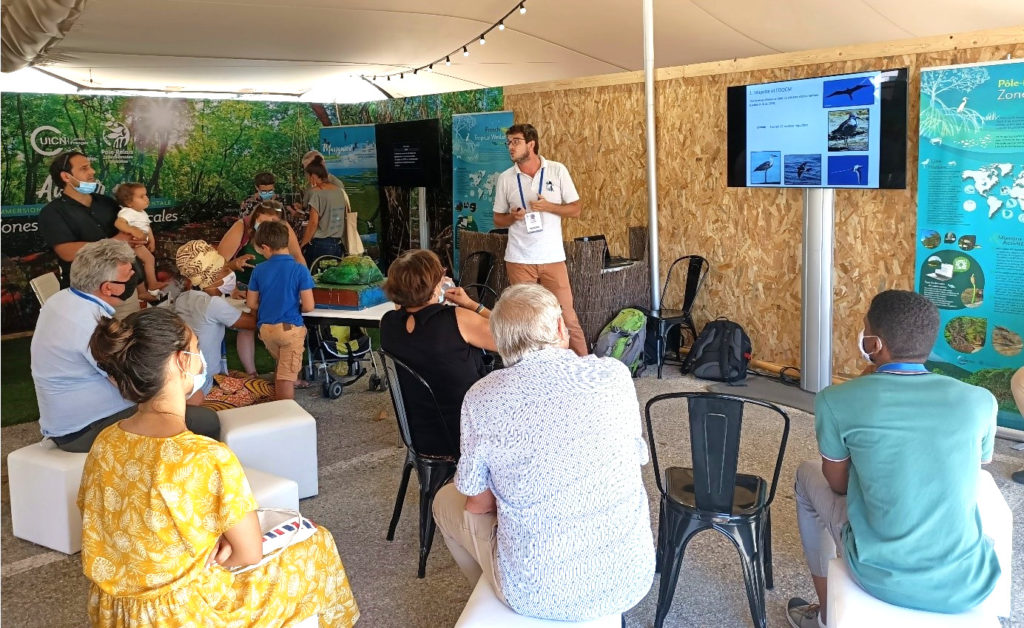 At the same time, GEPOMAY intervened on other stands: two presentations on the “wetlands” village, stand run by the Ramsar France association and the Pôle Relais Zone humide, one to present the monitoring carried out within the framework of the Coastal Birds Observatory of Mayotte and a second to present the birds wetlands in Mayotte with a particular focus on the Madagascar pond heron.

During its interventions and on the two stands that it shared with the LPO, GEPOMAY highlighted the actions in favor of the Madagascar pond heron within the framework of the PNA Madagascar pond heron and LIFE BIODIV’OM. The species and the means implemented to protect it were presented during educational events for the general public. The game “Who am I?” also allowed participants to discover the birds of the island of Mayotte.