Two management documents have been written in Guyana!

As part of the LIFE BIODIV’OM project, GEPOG has drafted and distributed two management documents against two invasive alien plant species that threaten the savannahs of French Guiana, Acacia mangium and Niaouli. 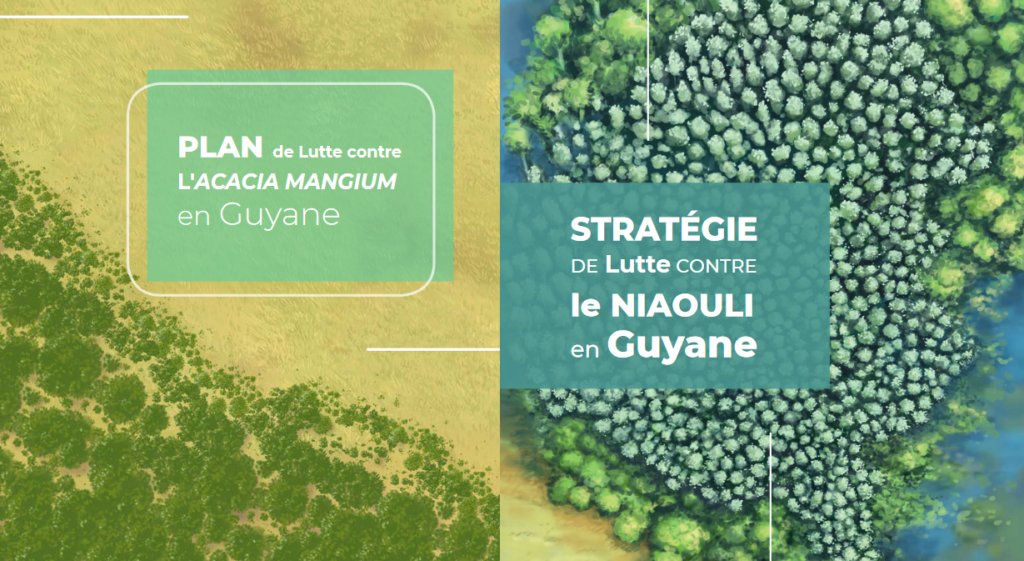 Working together to manage better!

The fight against invasive alien species requires the coordination of all actors in connection with the species concerned.

To this end, participatory workshops, bringing together around twenty structures including communities, associations, state services, design offices, etc., were carried out between 2018 and 2019 in order to co-construct the content of these strategic documents.

This work is combined with an anthropological approach whose research has made it possible to better understand the uses and perceptions of these two species by local populations. The animation of these strategies is coordinated by the GEPOG in connection with all the actors of the territory interested in the problem of management of these two species.

Acacia mangium is a plant species introduced to Australia in the 1970s with the aim of revegetating mining sites. Since then, the species has been widely used by various users to delimit plots and obtain shade. This large-scale use combined with its invasive nature has led this acacia to invade many habitats including the savannahs of Guyana, these open, rich and fragile environments.

From 2010 to 2015, GEPOG conducted numerous tests in order to define the most optimal control techniques on Acacia mangium, whether in the seed, juvenile or adult state.

Today, the GEPOG carries out control actions directly on the ground in order to limit the expansion of the species and preserve the Guyanese savannahs. In the absence of being able to definitively eliminate this species from the territory, the GEPOG is thus trying to preserve the fragile and rich environments and the biodiversity that depends on them.

A Regional Strategy for the Fight against Niaouli 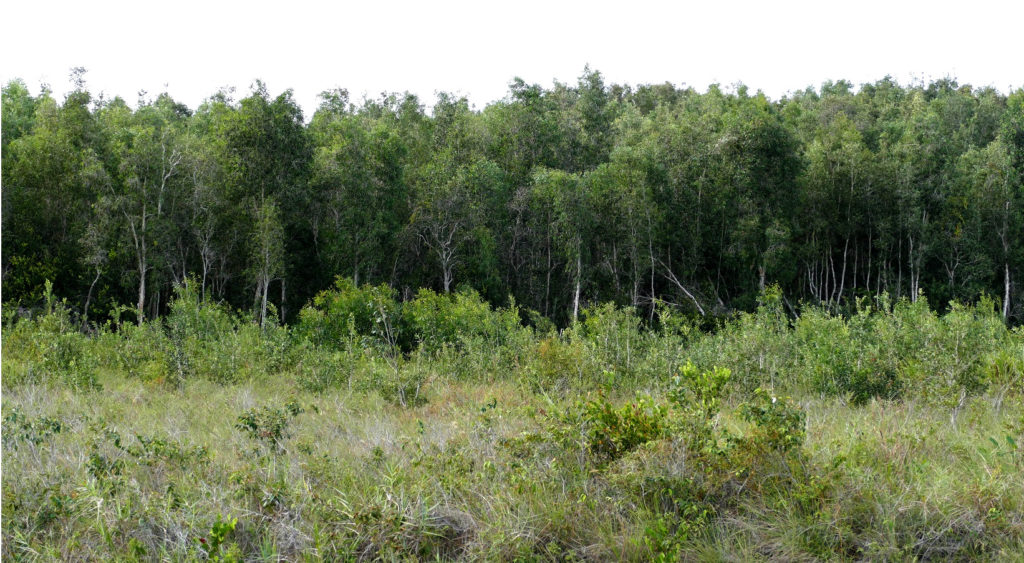 Niaouli is also a plant species introduced to Australia in the 1970s, with the aim of developing the timber industry in order to establish a paper industry. Although the species is not as widespread as Acacia mangium on the territory, its ability to form monospecific stands worries the GEPOG, especially since some Niaoulis forests are located near Guianese savannahs.

As part of LIFE BIODIV’OM, GEPOG has thus conducted various tests on Niaoulis adults and seeds in order to define the most effective control techniques. The results of these studies have fed into the Regional Strategy for the Fight against Niaouli.