In June 2021, the SEOR is launching a new call for volunteers to join the new campaign to protect Tuit-tuit. The opportunity for SEOR to launch their new online registration platform!

Do you like hiking and want to help the SEOR protect the Tuit-tuit? Register quickly 😉 Participatory workcamps start on July 6 and 7!

Do you like hiking? Do you want to know more or register for the 2021 season? Register directly via the dedicated platform: https://www.seor.fr/dera-data/sessions.php?mm=7&aaaa 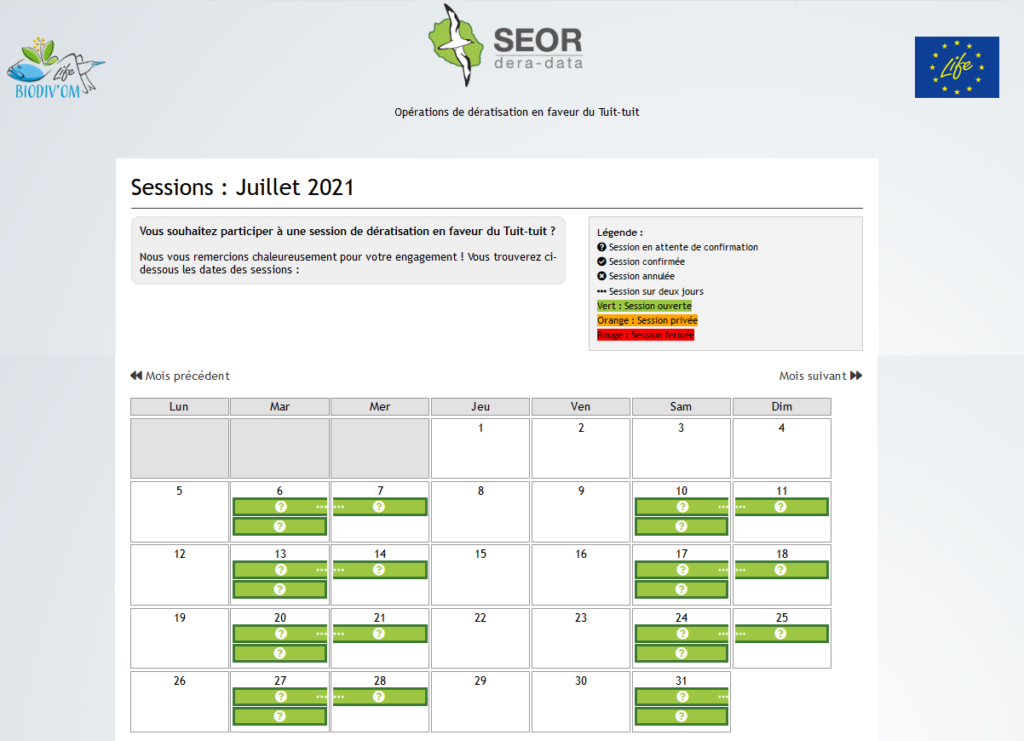 Only present on Reunion Island and living in the heart of the Massif de la Roche-Ecrite, this little sparrow came close to extinction in 2003 with only 7 pairs identified in the world, in Reunion Island. Critically Endangered, the species is listed as the most threatened stage, the one preceding its extinction in the wild. In question, the invasive alien species such as the rat which attack the eggs and the chicks of the Tuit-tuit.

Local actors and a mobilized population

In recent years, local actors have deployed rat control actions to limit the impact of predation, which is now bearing these fruits since the population of Tuit-tuit is estimated at 47 pairs in 2021. Still extremely fragile, the SEOR continues these rat control actions and since 2019 launched the « Tuit-tuit Brigade », made up of SEOR employees and volunteers in order to carry out participatory rat control projects on weekends and thus participate in the protection of Tuit-tuit.

In order to limit rat predation on Tuit-tuit, SEOR has placed devices containing rat poison in various places within the Tuit-tuit habitat, in the heart of Roche-Ecrite. In teams, over two days, the volunteers accompanied by SEOR employees hike through the forest in order to change the rat poison present in these devices from June to August, before the Tuit-tuit breeding season.

A unique excursion allowing to discover Roche-Ecrite off-trail, to observe with a little luck one of the rarest bird species in the world, to share a convivial evening around the fire and to participate in an action of protection of nature.