At the beginning of October, GEPOG carried out an intervention on the Atlantic Goliath Grouper with the students of BTS “Management and protection of Nature” of the agricultural high school of Matiti, with the aim of making them aware of the management of endangered species. 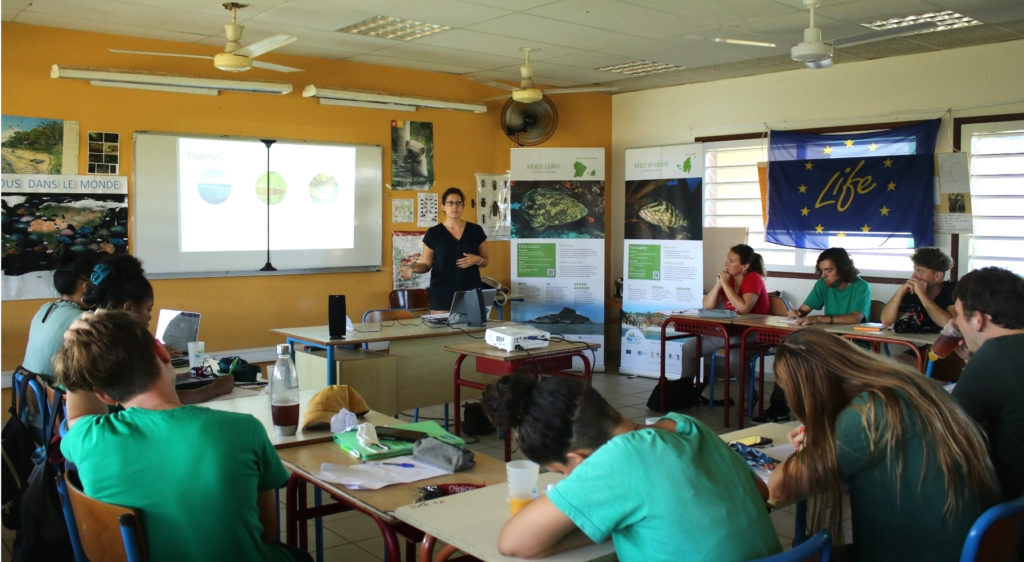 Interventions in schools are transversal actions deployed throughout the LIFE BIODIV’OM program in order to raise awareness and inform the general public about the project and its progress.
On October 6, the GEPOG agents went to the Matiti agricultural school to carry out an intervention with the students of the BTS “Management and Protection of Nature”. Future actors of the environment in Guyana, these young people were able to discover the Atlantic Goliath Grouper, the threats it faces but also the principle of sustainable and concerted management of a species. 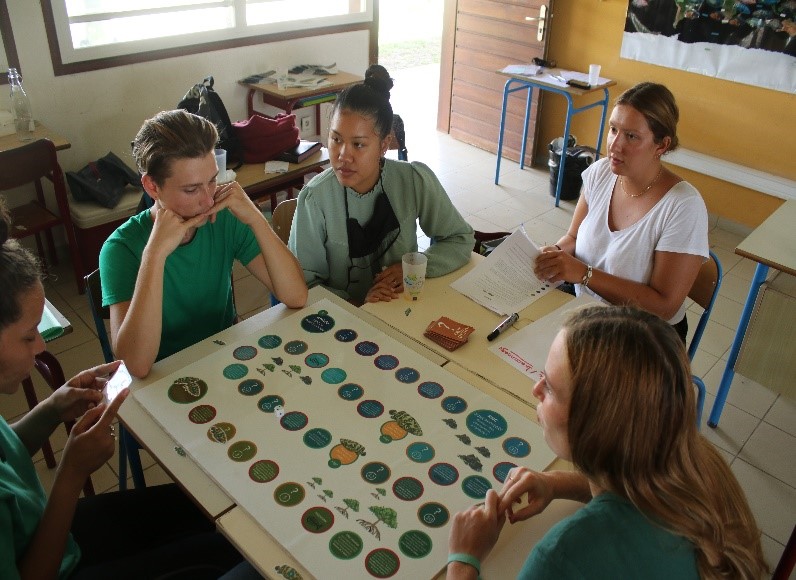 A broader awareness program for the management of the species

Other interventions in schools will be organized, with the aim of informing and raising awareness among local populations about the giant grouper, an emblematic fish of Guyana. The activities offered to children, from an early age, will help them become aware of the richness of Guyanese marine life and the need to protect endangered species, such as the giant grouper.

Flyers are also regularly distributed to the general public, as recently to consumers at the Cayenne Regional Interest Market, with the aim of making the Atlantic Goliath Grouper and the LIFE BIODIV’OM program known to as many citizens as possible. The objective is to convince public opinion of the need for the management of endangered species, to allow local actors to take ownership of the issues and to find sustainable solutions that are consistent with their interests.