On September 8, 2020, GEPOG employees made a third visit to the niaoulis plot which had been treated in December 2019. The opportunity to take stock of the techniques used and the results in the field. 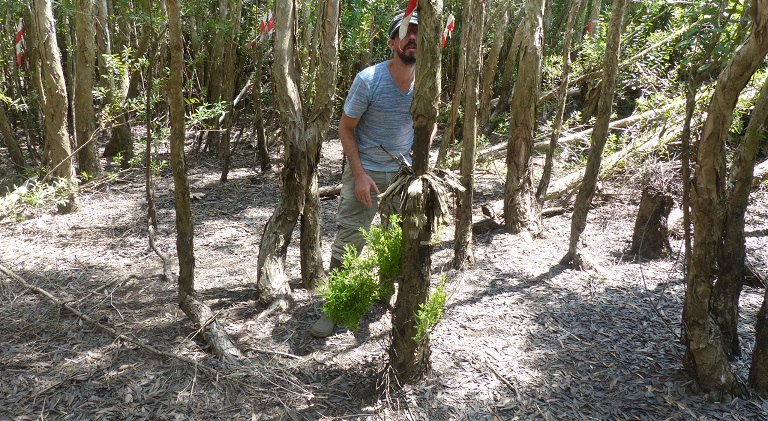 Test the techniques for fighting Niaouli

The Niaouli is an invasive alien plant species introduced from Australia in the 1970s. Very worrying on the Guyanese territory and representing a real threat to the savannas of Guyana, control techniques are being tested in order to limit its expansion.

This is the third follow-up planned in the protocol. The number of suckers on the stumps and the leaf cover of the crowns belonging to the ringed trees are carefully noted and photographed at each passage.
This field visit also made it possible to verify the behavior of the marks on the trees and stumps, and to observe the response of the discharges to the period of flooding of the area in the rainy season (with more than one meter of water on the plot in June). In most cases, the suckers that were observed on the stumps when monitoring individuals in February dried up after the plot was flooded! 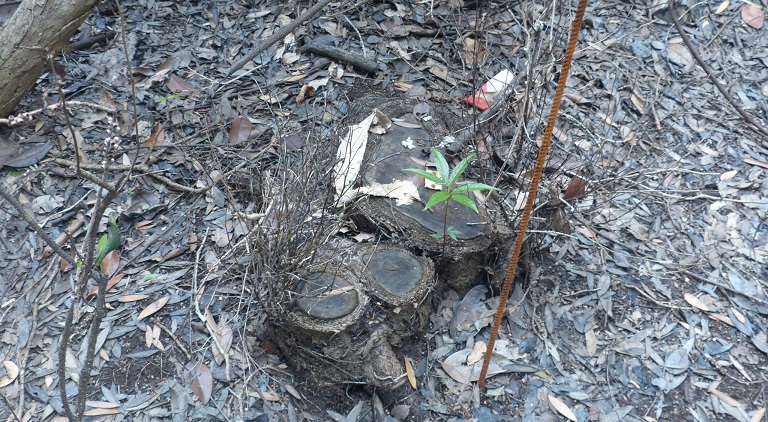 Dead suckers on an adult Niaouli strain © A. Ricardou / GEPOG 2020

Management on a larger scale
At the end of the monitoring, a location was made on the plot to define the area on which management tests will be carried out during the dry season using a construction machine.
Field missions are also a potential vector for the dispersal of the species: thus, the GEPOG team follows a sanitary protocol in order to avoid transporting the tiny seeds off the site.