On the occasion of the release of its new block of collector stamps “Birds of the Islands”, the Post Office of the Réunion installed on January 8 and 9, 2021 a temporary post office at the Cité du Volcan in order to allow the public to discover these stamps in preview. 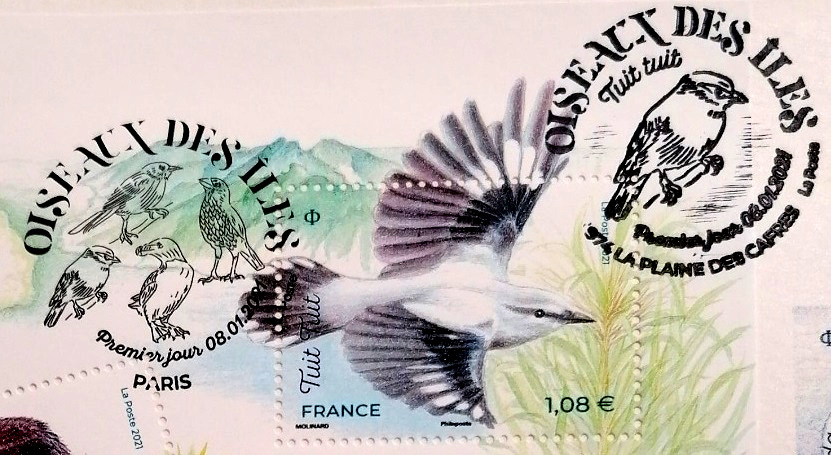 For Reunion Island, a stamp and a cancellation stamp bearing the effigy of Tuit-tuit were created from photos, in collaboration with SEOR.

Emblematic species of Reunion island, the Tuit-tuit is one of the rarest species of birds in the world with around forty pairs currently identified on the island, in the Roche-Ecrite Mountains. Extremely threatened, the species is the subject of a European project, the LIFE BIODIV’OM, coordinated nationally by the LPO and locally by the SEOR association and the Réunion National Park. 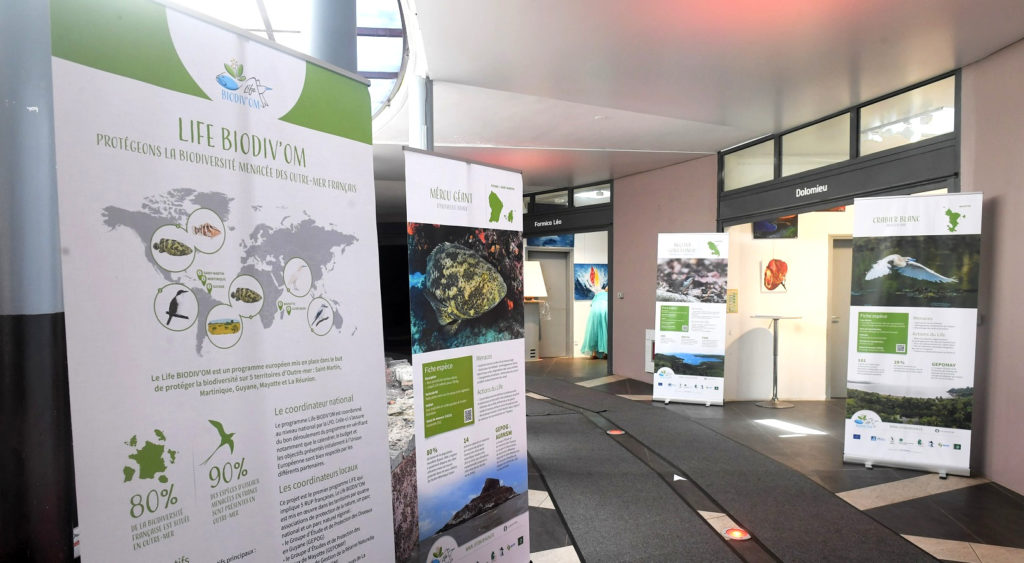 The SEOR was present during this event to introduce this endangered species and present LIFE BIODIV’OM project to the general public. On this occasion the LIFE BIODIV’OM exhibition was inaugurated: 7 explanatory panels were displayed at the entrance to the Cité du Volcan to allow visitors to learn more about the measures put in place for the protection of the biodiversity in the French overseas territories.

The LIFE BIODIV’OM exhibition will remain at the Cité du Volcan until February 28, 2021. 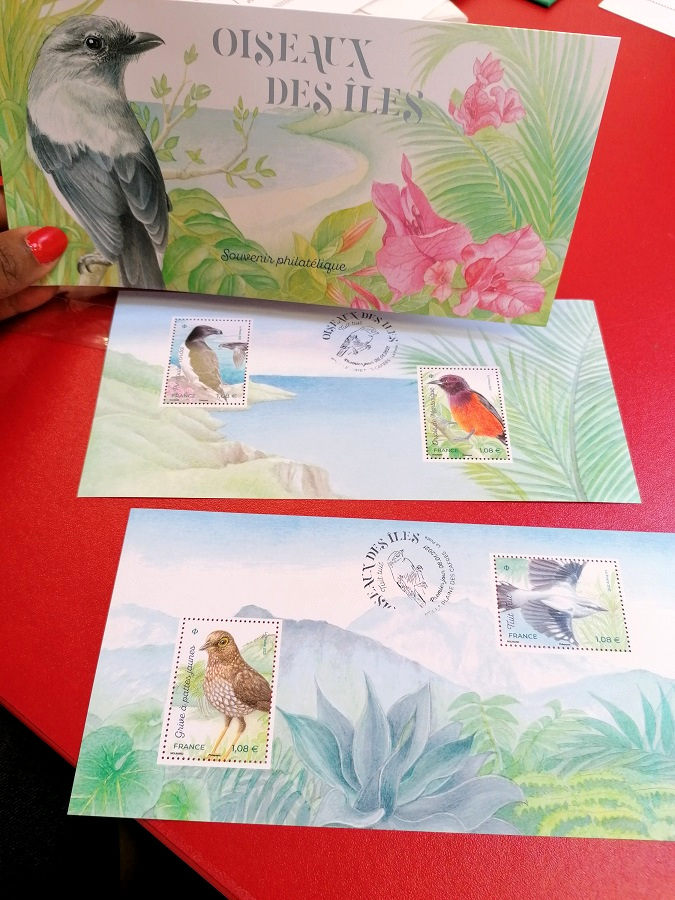 The Post collector stamp “Birds of the Islands” © SEOR