Actions on groupers under the microscope in Saint-Martin!

On June 24, the AGRNSM organized its first follow-up committee for the year 2020, the opportunity to take a close look at the actions implemented in the territory to promote grouper populations. 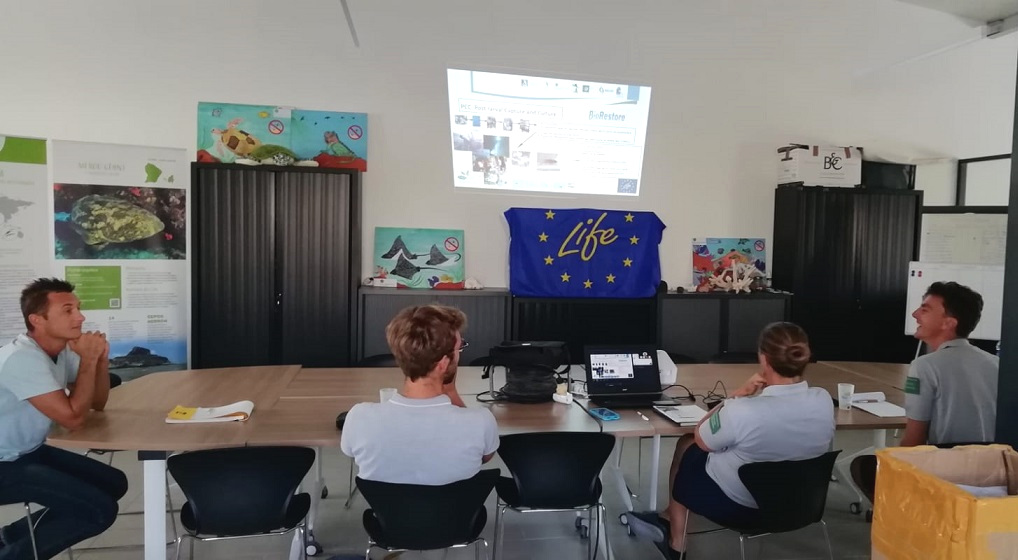 The monitoring committee (scientific committee) is made up of local scientific experts and members of the Saint Martin Natural Reserve Management Association. During these committees, the experts, doctor of marine biology, project manager in international cooperation and environment, environmental engineer and aquaculturist, give their opinions and recommendations on the scientific actions carried out within the framework of Life BIODIV’OM.

As a reminder, in Saint-Martin, the actions of the Life BIODIV’OM program focus on two species of grouper, the Atlantic goliath grouper and the Nassau grouper. These two species are mainly threatened by a lack of regulation in the territories with regard to fishing, the destruction of habitats such as coral reefs or climatic events.

To mitigate these threats, the AGRNSM conducts consultation workshops with professional fishermen and recreational boaters to learn more about fishing practices. It will also produce a guide to good practice for boaters and set up a participatory network in order to collect as much data as possible from sea users, divers … Finally, in 2019, the association started a larval recruitment protocol in the objective of strengthening knowledge of the species that it continues to follow in 2020. In addition, in 2020, the association deployed artificial nurseries, called BioHut, thus promoting the establishment of many fish species.