The colonies of Madagascar pond herons have resettled in Mayotte!

In September 2020, GEPOMAY association carried out its first ULM flight of the 2020-2021 season with the aim of completing the identification of heronries and characterizing their movements. It has made it possible to rule on the presence of the species in the mangroves where the species was present last year. 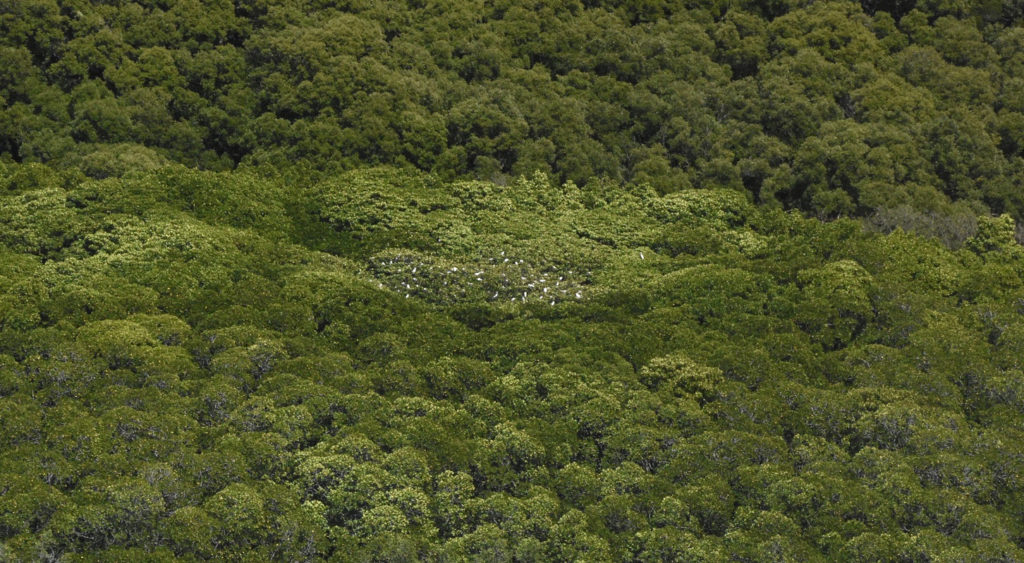 For the 2020-2021 season, a first microlight flight was carried out in September and confirmed the installation of heronries on four of the five known breeding sites. The start of the species’s breeding season in Mayotte is well confirmed. Mixed colonies of Madagascar pond herons and Cattle Egretts have settled in the mangroves of Chiconi-Mangajou, Ironi Bé, Bouyouni and Malamani. However, they have not been seen in Ambato while it was nested there two years ago. Several causes are suspected, in particular the disturbance due to the presence of noise pollution.

A few settlements have also moved slightly compared to last year. The reasons for such displacement are still unknown but may be human disturbances. Only the mangrove swamp of Ambato lagoon does not currently present white crabbers yet, but it should be noted that these were not observed last season.
Further microlight flights are planned during the breeding season, to see if the colonies have moved. They will take place at the end of October, the end of December and in February.