In July 2020, GEPOG launched a call for tenders to carry out production tests for local Acacia mangium replacement species. The service provider has now been selected and the plants are being produced by GuyForest / Solicaz. 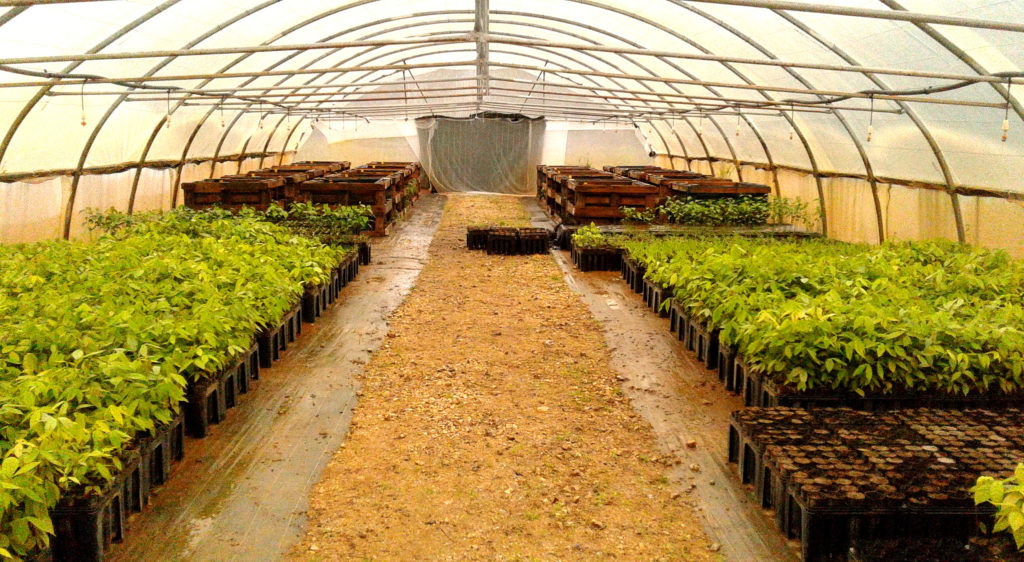 The objective: to replace Acacia mangium and its uses

Acacia mangium is an invasive alien plant species native to Australia and introduced in the 1970s in French Guyana to revegetate mining sites. Unfortunately, the species has spread and now invaded open environments such as the savannas of Guyana, transforming these ecosystems into environments devoid of biodiversity.

However, Acacia mangium is widely used by the local population for different uses:
• Shading as part of landscaping
• Shading for livestock or in gardens
• Hedge and fodder grove
• Melliferous characteristics
• Fragmented rameal wood (residues from the shredding of fragmented wood and wood twigs)
• Enrichment of the soil with nitrogen
• Delimitation of plots and sub plots
Thus, several local species have been identified to replace these uses.

As local species have been identified and validated by the CSRPN, GEPOG association has retained the service provider GuyForest / Solicaz to test technical production routes for these species. The results of the tests will be used to draft documents making it possible to define for each species produced the favorable protocols to optimize the operations of seed harvesting and plant production (germination of seeds, transplanting of seedlings and rearing of young).