What is a LIFE program?

Since 1992 the LIFE programme (French: L’Instrument Financier pour l’Environnement) has been the European Union’s funding instrument for projects concerning the environment and climate action.

It is aimed at both the private and public sectors and aims to promote and finance innovating projects on, for example: species and habitat conservation, soil protection, bettering air or water quality, waste management or then again mitigating and adapting to climate change.

LIFE SIRENIA
The LIFE SIRENIA (2014-2021) project aims to reintroduce the Manatee to Guadaloupe, where it has become extinct. It also aims to monitor some ten individuals in their natural environment.

LIFE+ Pétrels
The LIFE+ Pétrels (2014-2020) project aims to prevent the extinction of species of petrel that breed only on Reunion and are threatened by introduced predators and light pollution from towns.

LIFE Forêt sèche
The LIFE+ Forêt sèche (2014-2020) project aims to preserve the dry forest of Reunion, a low altitude tropical forest of unique character that harbours numerous animal and plant species found only in this habitat.

LIFE+ CAP DOM
The LIFE+ CAP DOM (2010-2015) project was launched to prevent the extinction of several bird species in three French overseas territories. Its actions have helped populations of several species such as the Reunion marsh harrier and Reunion cuckooshrike that are unique to Reunion, the Agami heron and Guianan Cock-of-the-rock both from Guiana and the White-breasted thrasher of Martinique. Also, the Guiana dry savannas that harbour many threatened bird species where also part of this project. 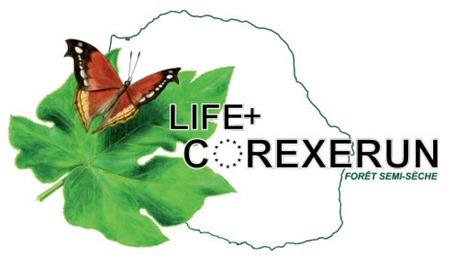 LIFE+ COREXERUN
The LIFE + COREXERUN (2009-2014) European project aimed to protect the dry forest of Reunion. The project allowed for the control of invasive alien plant species and improve the dry forest with the planting of some 90 000 trees.