On Saturday September 12, a scientific fishing for Atlantic Goliath Grouper took place in the Nature Reserve of Grand-Connétable Island with agents from the Reserve and GEPOG, two recreational fishermen as well as a journalist. 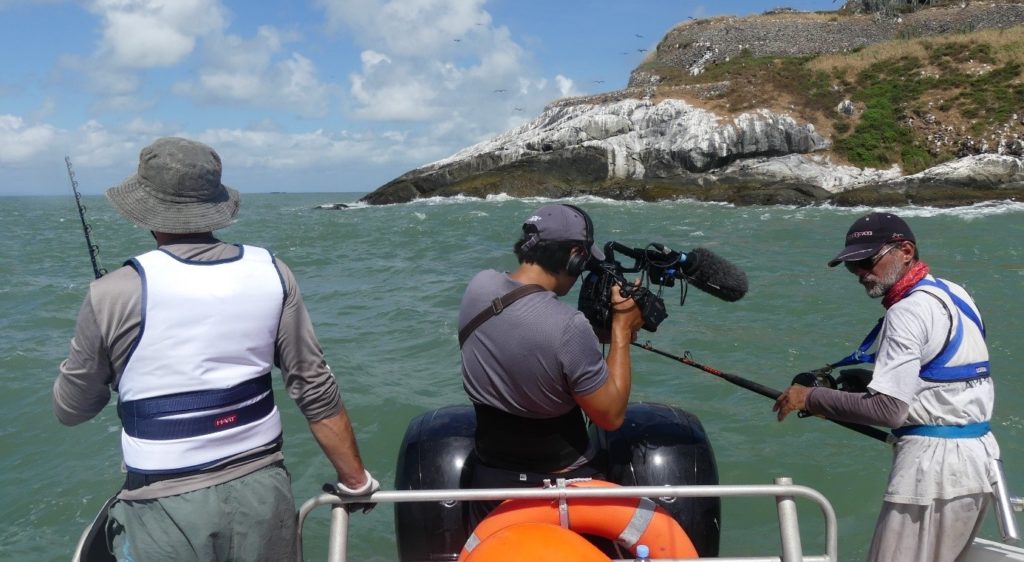 The Grand-Connétable Island Nature Reserve is located in French Guiana, about fifteen kilometers from the Approuague River. It stands out for its silhouette and today represents a sanctuary for seabirds and marine biodiversity. The reserve is home to emblematic species of Guyana, such as the Atlantic Goliath Grouper or the Green turtle, but also a multitude of fish species representative of the shallow waters of the Guyanese coast.

To raise awareness of this biodiversity hotspot, Pierre-Olivier Pradinaud, producer and director for the Tic Tac Prod company, therefore accompanied the officers of the Reserve during a scientific day of Atlantic Goliath Grouper fishing. His report will soon be broadcast in Les témoins d’Outre-mer, a program broadcast by France 3. 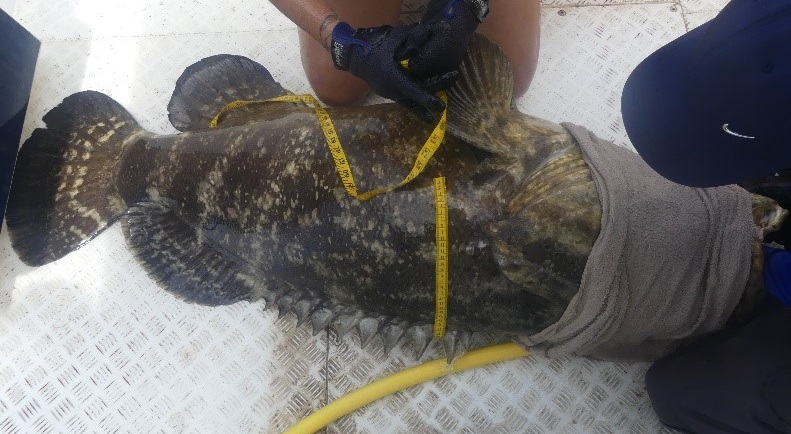 During these scientific fisheries, every precaution is taken so that the Atlantic Goliath Groupers can leave in the best conditions after being released. They are fished using a barbless circle hook that attaches to the jaw of the fish and can be easily unhooked, without harming the fish and affecting their vital organs. The handling is painless for the animal and the operation takes place in a few minutes so that the fish is returned to the water as quickly as possible.

The involvement of volunteer recreational fishermen in the project

To carry out these scientific fisheries, GEPOG association called on volunteer recreational fishermen who provide significant technical support to the mission. These fishermen, used to catching and releasing Atlantic Goliath Groupers, particularly in the context of fishing competitions, agree to share their know-how and participate fully in the smooth running of these scientific fisheries. Their voluntary participation is a way of involving them in the sustainable and concerted management of the species. In addition, three other scientific fisheries must be organized before the end of the year and other recreational fishermen will be asked to participate.