Report on the White breasted thrasher in Martinique

This Monday, October 05, 2020, the Martinique Natural Park hosted journalists from France Télévisions on the National Nature Reserve of the Caravelle Peninsula (RNNC), as part of the filming of a report on the theme of species worldwide threatened, following the publication at the beginning of the year of the IUCN national red list on the fauna of Martinique. The report will be published on Saturday, October 24 on France 2.

To illustrate this subject, the conservation issues of the White Breasted Thrasher (Ramphocinclus brachyurus) were presented.
The objective of this morning in the field was to take pictures in order to communicate on the one hand on the threats that locally weaken this species, and on the other hand to promote the previous actions carried out and those planned on the territory for the preserve.

During this filming, several subjects were discussed, studies and conservation actions carried out in favor of the species (work of Life + CAP DOM project, scientific monitoring, etc.) but a focus was in particular on predation by Invasive Alien Species such as the Black Rat (Rattus rattus) and the Little Indian Mongoose (Urva auropunctata), as well as by other introduced mammals such as the Domestic Cat (Felis catus) and the Common Opossum known as Manicou (Didelphis marsupialis).

PNRM officers explained the impact of predation on the survival of the White Breasted Thrasher. They also underlined the importance of concrete actions to regulate predator populations and follow the evolution trends of this bird species in Martinique. 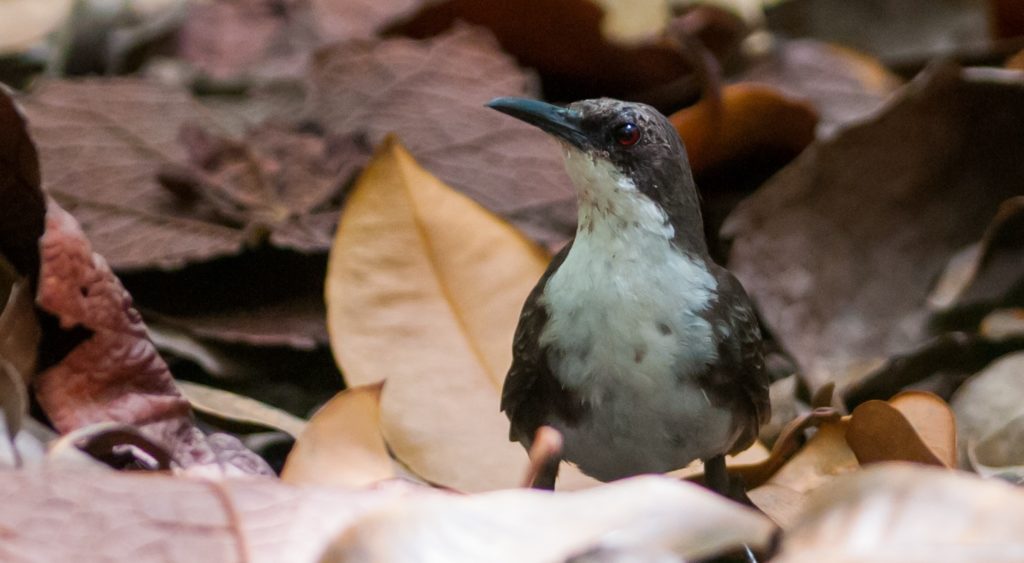 To this end, the mechanical trapping methodology that will be deployed within the framework of Life BIODIV’OM project was discussed. The two capture techniques using “mongoose” cages and New Zealand traps (A24) were presented. Likewise, the protocol for monitoring the reproductive success of R. brachyurus was explained and various shots illustrating these operations were taken by the film crew.