In Mayotte, GEPOMAY is embarking on the restoration of two wet meadows, a preferred habitat for the Madagascar pond-heron. The objective: to prevent the development of certain exotic plants, and to allow local biodiversity to re-establish itself. 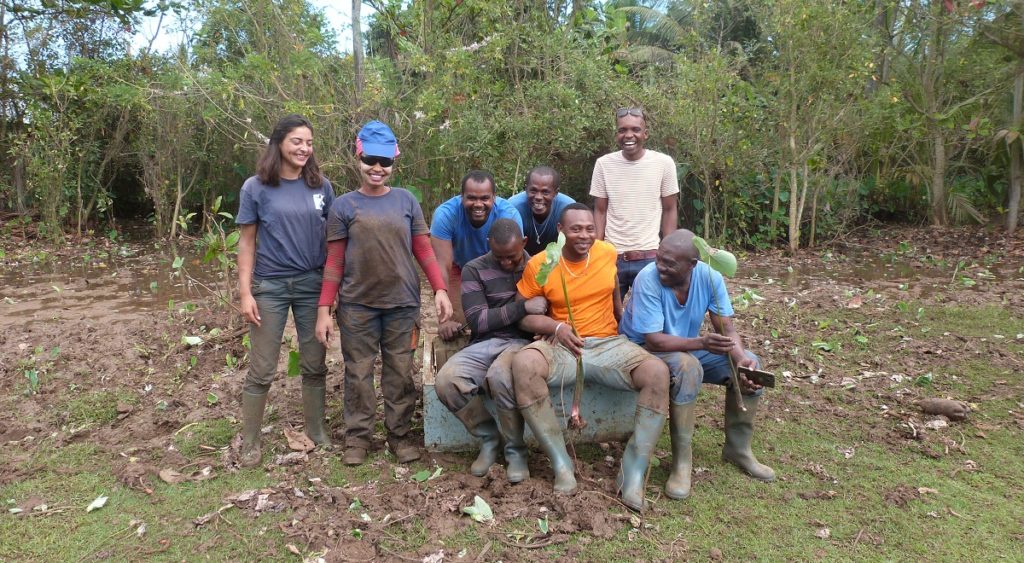 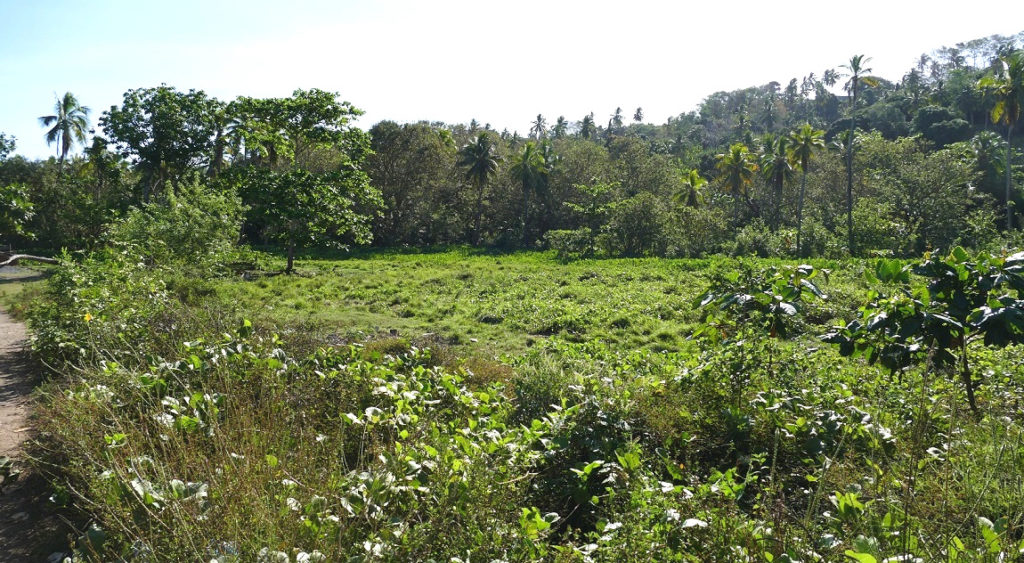 Wet meadows are occasionally or permanently flooded and reservoirs of biodiversity. Many species of birds, amphibians and reptiles, insects and plants live there, taking advantage of the presence of water. The Madagascar pond-heron, emblematic bird of the island, has taken up residence there. These habitats are also essential for human activity: they limit the effects of floods and droughts, filter water, and can serve as a grazing area.

In Mayotte, wet meadows are threatened by three types of dangers in particular:
• Invasion by certain exotic plants: these invasive species suffocate local vegetation and prevent biodiversity from developing. Insects, amphibians and birds that can no longer find food end up deserting the area.
• Waste pollution: deposits or backfill on wet meadows pollute the soil and deteriorate both vegetation and the landscape.
• Poor grazing balance: some areas are undergrazed and problematic plants grow exponentially. Conversely, some areas are too trampled, which prevents the development of vegetation.

Actions taken to protect them 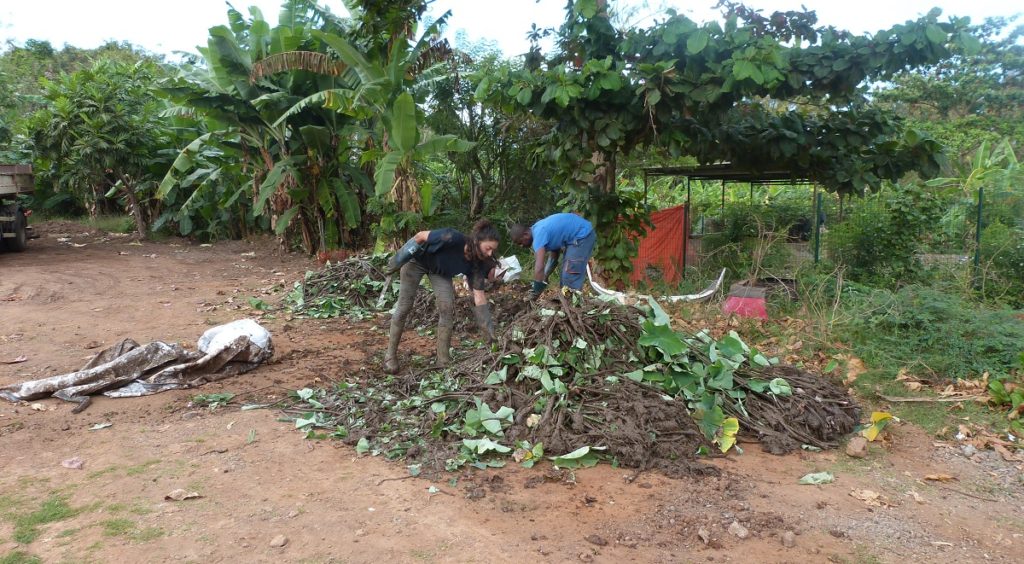 Faced with the observation of the degradation of the island’s wet meadows, GEPOMAY decided to intervene through LIFE BIODIV’OM to restore these areas.
A first restoration action was held in the Ambato lagoon in August. With the help of the Mlezi Maore association (management of green spaces in Insertion through Economic Activity) and the Jardins Mtsangamouji association, GEPOMAY organized the withdrawal of an invasive alien species: the Elephant’s ear (Colocasia esculenta, classified 4/5 in terms of invasibility). Almost 2,000 m2 have been restored, ie a quarter of the invaded area.
The following week, a similar action took place on the wet meadow of Malamani, this time to remove in particular plants of Emperor’s candlesticks (Senna alata) and Acacia mangium, both classified 3 + / 5 in terms of invasibility.
Following these actions, partnerships will be developed with breeders to set up a more regular rotation of zebus, in order to avoid under and overgrazing. The Jardin association and the Departmental Council will step up waste collection on the Ambato wet meadow. For Malamani, where embankments threaten the balance of the area, the French Biodiversity Office has taken charge of the case.

The Ambato wetland site will also be enhanced by the installation of an educational panel, which will present the biodiversity and ecosystem services provided by the wetland.

On the Ambato lagoon, GEPOMAY, as coordinator in Mayotte of the LIFE BIODIV’OM program, is responsible for implementing actions to protect the Madagascar pond-heron. It cooperates with a local actor who works daily on the site: the Jardin M’Tsangamouji association. Actions on the lagoon are therefore carried out by these two structures, and an agreement formalized their partnership in 2020.

GEPOMAY is also joining forces with the National Botanical Conservatory of Mascarin to better understand the different habitats of the Ambato lagoon, in particular by setting up a network of permanent plots to monitor the evolution of the vegetation. Beforehand, a phyto-sociological study was carried out by Vincent Boullet, an expert in botany from Mayotte, for GEPOMAY. 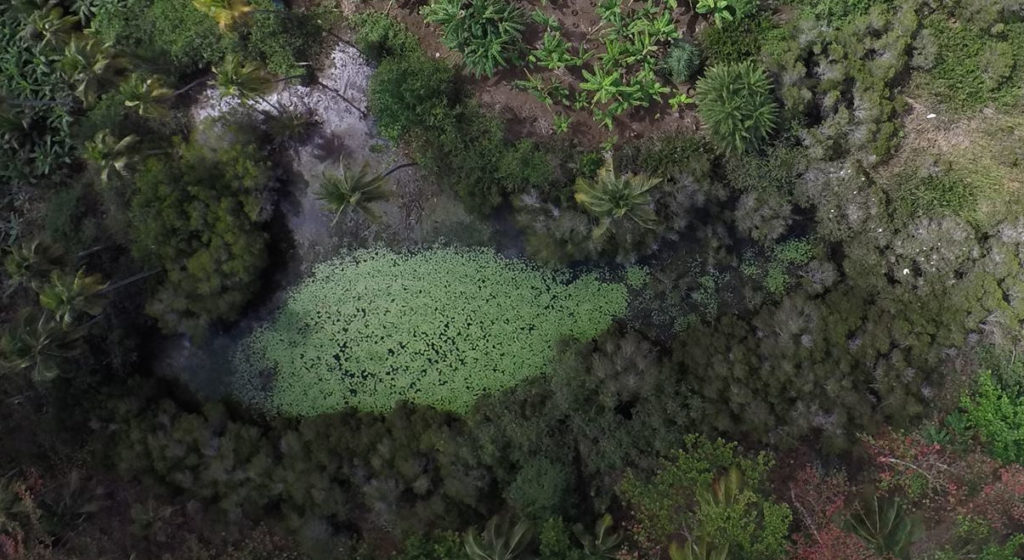 Ambato lagoon is an area subject to a prefectural biotope protection decree (APB). Several environmental stakeholders (Departmental Council, Town Hall, DEAL, Botanical Conservatory, nature protection associations, etc.) participate in maintaining its protection. The site supports several types of habitat, including a wet meadow of about 1.5 ha.
The lagoon is known for its frequentation by the Madagascar pond-heron. This heron, critically endangered in Mayotte, feeds there regularly and has already nested in its mangroves in 2015, 2016 and 2018. This year, the colonies have not resettled. The objective of environmental restoration actions is thus to bring them back to Ambato.

The Madagascar pond-heron, emblematic species of the wetlands of Mayotte 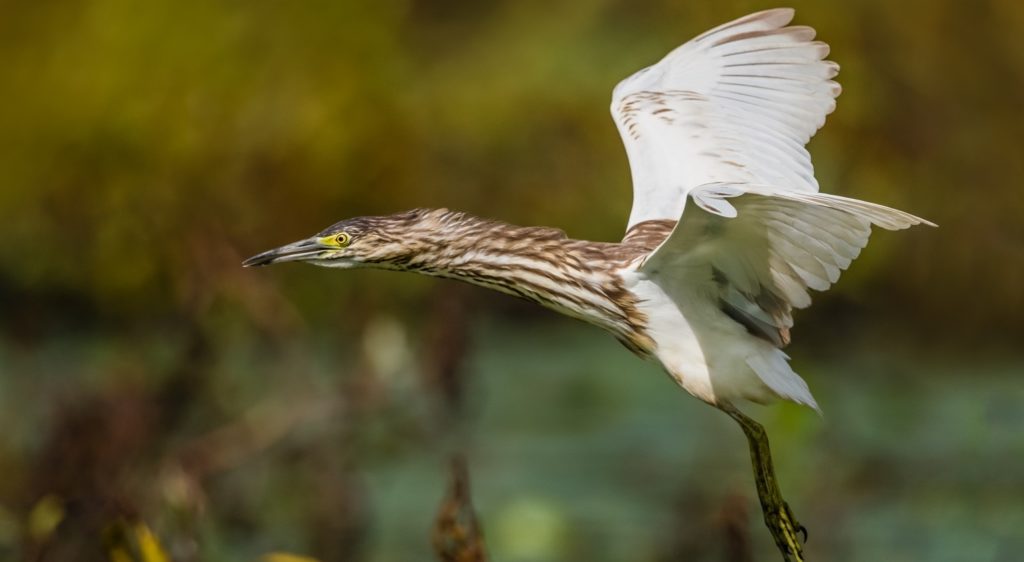 The Madagascar pond-heron, Ardeola idae, is a small heron with beige brown plumage streaked with black. During the breeding season, the bird adorns itself with white plumage and a bright blue bill. This very timid species breeds only on four islands in the world: Madagascar, Aldabra, Europa and Mayotte. Due to its low distribution, the Madagascar pond-heron is classified “Endangered” on the world red list (EN, IUCN) and “Critically endangered” on the French red list (CR, IUCN).
Mayotte is the species’s second breeding site in terms of numbers (182 pairs in 2018). However the loss and degradation of wetlands, breeding and feeding sites for the species, disturbance and poaching of eggs and chicks threaten the survival of the bird on the island. Predation of eggs and young by rats is suspected, but not yet proven.

To know more :
GEPOMAY association
Since 2010, the association Bird Studies and Protection Group in Mayotte (GEPOMAY) has been carrying out monitoring to acquire knowledge on the numbers and phenology of The Madagascar pond-heron in Mayotte. The Mahorese association also coordinates a National Action Plan in favor of The Madagascar pond-heron, Ardeola idae (2019-2023) and since 2018 has been implementing a European program, the Life BIODIV’OM, coordinated nationally by the LPO, and in Mayotte by the GEPOMAY. The aim of this program is to reduce the threats facing the species: fight against poaching, awareness raising to reduce disturbances, restoration and protection of the species’s habitats.