On Saturday October 2, GEPOG, in collaboration with the Ile du Grand-Connétable Nature Reserve, organized an Escape Game during the Fête de la Nature in order to raise public awareness of Guyanese marine species and their preservation. , including the Atlantic Goliath Grouper, an emblematic marine species of Guyana.

Produced by the employees of GEPOG and the host of the Grand-Connétable Nature Reserve, this Escape Game was built around an original scenario:

Dr Grouper, a marine biologist, has investigated mass strandings on the beaches of Guyana. The subject is explosive, but it disappears just before sending its conclusions to the press which will explode the scandal at the origin of this massacre. A usb key with a copy of his report is hidden in his office. The players have thirty minutes to find her!

A scenario allowing, over the course of research, to enrich their knowledge and skills on several themes: 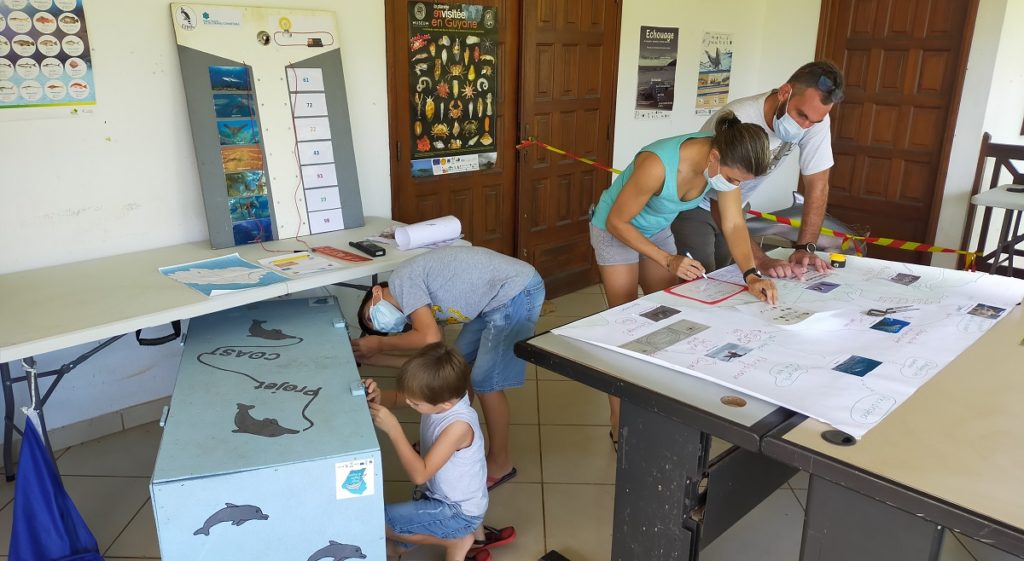 In total, 8 games were played during the day. The audience was family and composed of 35 people including 14 adults and 21 children aged 4 to 14 years.

Given the success of this educational tool and many teams waiting to participate, new dates will be set in order to replicate the animation.

Finally, before and after the game, one of the participants could discover the complete exhibition of the LIFE BIODIV’OM project as well as numerous documents on the project and other actions of the association.